BMW’s flagship iX electric SUV is to arrive at the end of 2021, offering a choice of two powertrains and priced from £69k in the UK. 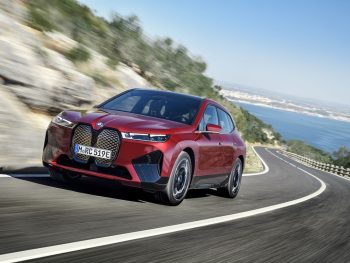 The BMW iX, the brand’s new flagship model, arrives at the end of 2021, offering a choice of two powertrains and priced from £69k in the UK

Billed as the brand’s technology flagship, the iX follows on from the iNext concept and is the first of the brand’s models to be based on a new, modular, scalable toolkit that will underpin future BMW Group electric models, while also introducing technology that BMW says will set new industry standards.

Two model variants will be offered: the xDrive40 and iXDrive50. Both use the fifth generation of BMW’s eDrive technology with two electric motors, one on the front axle and another at the rear axle, giving all-wheel drive but the xDrive 40 gets a 70kWh battery, giving a 249-mile WLTP range while the xDrive50 has a 100kWh battery, enabling a 373-mile WLTP range.

The iX also introduces a new approach to sustainability and BMW says the xDrive40 has a 45% lower global warming potential than that a comparable diesel car over 125,000 miles of use.

The iX also brings significant progress in the areas of automated driving and digital services; as an example the level of computing power has been developed to process 20 times the data volume of previous models. This means around double the amount of data from vehicle sensors can be processed than was previously possible. 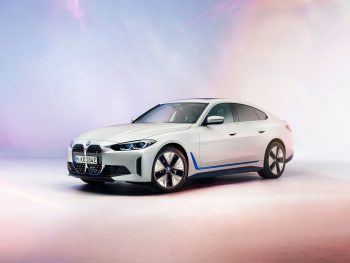 The BMW i4 electric saloon arrives later this year

The fully electric four-door Gran Coupé will enter the market during 2021, including a BMW M Performance model. It will be available in different versions covering a range of up to 366 miles WLTP and with a power output of up to 530hp.

Full details on the BMW i4 will be released in the coming weeks.