BMW is bringing its EV knowhow to the compact executive sector with the arrival of the Tesla Model 3-rivalling i4 in 2021. 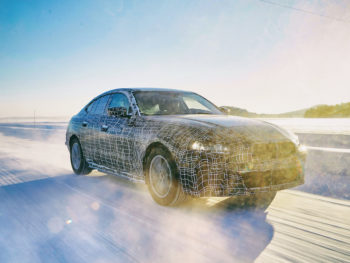 The new BMW i4

Arriving around the same time as the iNEXT and a year after the iX3, the i4 will use BMW’s fifth-generation EV technology and will marry up claimed dynamic performance and typical BMW Gran Coupé styling, rather than the more unusual design taken for the i3 and i8, along with a WLTP-rated range of some 372 miles.

The drive system uses a single housing for the electric motor, transmission and power electronics, which will be open for use in future models in a range of output levels.

The i4 will be manufactured at the company’s main plant in Munich alongside conventional and plug-in hybrid models and forms part of BMW Group’s plan to offer 25 electrified models by 2023.