BMW and Daimler have announced more details on the tie-up of their car sharing businesses as the two carmakers join mobility forces. 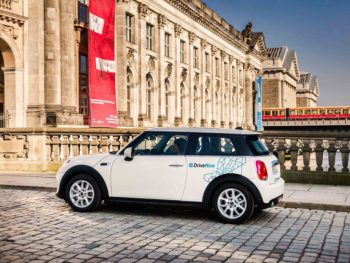 The two firms announced in spring 2018 that they were planning to combine their mobility offerings in a deal that would bring fleets a single source for everything from ride-hailing to EV charging, and have since received regulatory approval from the US and the European Commission.

Last month also saw the firms announce they’re investing more than €1bn in the deal as they also outlined further details of the five joint ventures that will be established.

This includes car sharing, with Daimler and BMW’s respective Car2go and DriveNow now joining forces to become the largest free-floating car sharing provider worldwide, according to the firms.

Badged Share Now, the joint venture will bring together a fleet of more than 20,000 BMW, Mercedes-Benz, Smart and Mini vehicles in 30 cities in Europe and North America, already boasting some four million registered customers. Sites already include four fully electric schemes with partially electric fleets in 13 other cities.

The DriveNow fleet and offer will remain the same in London for the time being but there are plans to expand the service.

From today, the DriveNow app will feature cars from both services, available in 18 countries across Europe and North America. DriveNow customers will soon be able to register at Car2go and have more than twice the choice of cars and cities.

In the long term, the aim is to establish a fully integrated service in a single car sharing app. In the months to come, the vehicles will initially bear their original branding with ‘joins Share Now’ alongside. After this transition period, new branding that only features the Share Now name will be introduced for all vehicles.