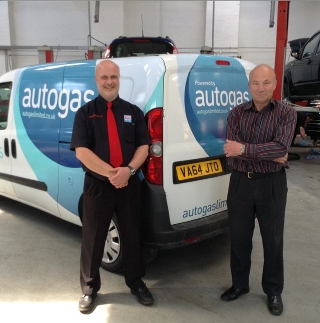 Last May saw Birmingham named by the World Health Organisation as one of the 10 worst cities in the UK for air quality. Since then the Supreme Court in London has ruled that the UK government must introduce plans to tackle the nationwide problem by the end of 2015.

“Having read about the air quality problems which are mainly caused by diesel vehicles, we wanted to take a leading position within Birmingham and the West Midlands and are therefore delighted to have been selected to join the new Autogas network,” said Steve Law, service manager, Harborne Garage.

In comparison to diesel derivatives, vehicles that run on autogas LPG emit less than 80% nitrogen oxide (NO2); a pollutant that is known to cause and exacerbate respiratory problems. Furthermore, due to its better environmental credentials, LPG attracts less fuel duty and users can typically slash their fuel bills by as much as 40 per cent.

General manager of Autogas, Linda Gomersall, said: “With poor air quality responsible for an estimated 29,000 deaths in the UK every year – equivalent to the entire population of Stratford upon Avon – it is great news to have Harborne join the conversion network and assist Birmingham in its mission to address air pollution.”