A private members’ bill that seeks to protect drivers from unscrupulous private car parking companies is attracting support from government, the fleet industry and drivers in general. 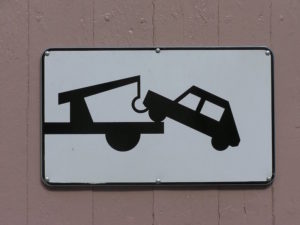 The bill would block rogue parking firms from accessing driver data and issuing fines, including wheel clamping and towing.

Proposed by Sir Greg Knight MP and due to have its second reading in Parliament on 2 February, the Parking (Code of Practice) Bill would effectively raise standards in the industry by developing a stringent Code of Practice and blocking rogue parking firms from accessing driver data and issuing fines.

Already the Government has lent its support to the bill and RAC data indicates that 93% of drivers think the bill is a good idea.

Nexus Vehicle Rental is also backing the bill after its own data revealed almost a three times increase in the number of business drivers facing penalties, 95% of which it estimates are from private parking firms.

David Brennan, CEO at Nexus Vehicle Rental, said: “As a major mobility provider for UK businesses, we’ve experienced first-hand the unfair and sometimes unavoidable fines issued by private operators who, according to recent reports, are now handing out charges UK-wide every seven seconds.”

Nexus has also created a step-by-step guide that can be printed and kept in a rental car, should business drivers need to challenge penalties from rogue operators.

“As well as backing the Bill, we urge motorists to be vigilant when faced with private parking charges. We hope our guide will directly support those businesses facing unfair penalties,” added Brennan.