Fewer people were caught driving without insurance in 2018 than any other year since 2012, new data seen by RAC Insurance reveals. 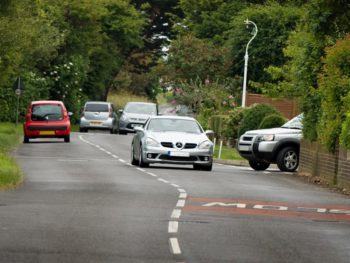 In 2017 when there were 5,052 23-year-olds caught without insurance while driving

A freedom of information request to the DVLA by the RAC found that 79,713 people were caught driving without insurance last year. This compares to the 118,698 people caught in 2017, which was the highest figure in the seven years analysed, and represents a 33% reduction. The 2018 figure is also lower than the oldest 2012 number analysed, representing a 27% decrease compared to 2012’s 108,616.

Twenty-four was the age responsible for generating the highest number of uninsured drivers in 2018 with 3,309 people being penalised. But the largest single number of offences was recorded in 2017 when there were 5,052 23-year-olds found to be driving without insurance.

The data highlights why businesses must remain vigilant about insurance, particularly if running a ‘grey fleet’.

The decline in figures in 2018 since 2012 can in part be attributed to the cooperation between the DfT, DVLA and Motor Insurers Bureau that introduced Continuous Insurance Enforcement in 2011 whereby the organisations work together and send warning letters to uninsured drivers, and subsequently issue fixed penalty notices to those who fail to buy insurance thereafter. However, the anomalous figures from 2016 and 2017 when figures in insurance avoidance rose can be attributed to price hikes in insurance at the time, proposes the RAC.

RAC Insurance director Mark Godfrey said: “It can only be good news the number of people driving without insurance has dropped significantly in the last year and is now at its lowest in at least seven years. This should help to keep premiums down for every driver and we hope this continues in the years ahead.

“From 2012 to 2015 there was a steady downward trend in the number of ‘driving without insurance’ offences, but there was then an increase in 2016 followed by a six-year high in 2017 which appears to be directly linked to the increase in the price of insurance at that time.

“The introduction of Continuous Insurance Enforcement in 2011 more than likely explains the reduction seen in the following four years, but we believe the increases in 2016 and 2017 are related to a rise in the average cost of insurance.

“In November 2015 the Government raised Insurance Premium Tax from 6% to 9.5% and followed this with two more increases, taking it to 12%. This, along with other factors, added £100 to the average cost of insurance by the end of 2017 which unfortunately could explain why more people drove uninsured. This is further borne out by the higher number of fixed penalty notices issued by the DVLA through the Continuous Insurance Enforcement scheme over the same period.

“The sharp drop in driving without insurance offences seen in 2018 is harder to explain as while the average insurance premiums began to fall the reduction in price does not seem great enough to cause such a significant change in behaviour.

“Even though the figures show an improvement in compliance the law demands that every driver has insurance. This is to protect everyone who uses the road: drivers, passengers, motorcyclists, cyclists and pedestrians. Those who drive without insurance are not only breaking the law, they are also selfishly putting others, as well as themselves, at financial and legal risk.

“While no one should ever lose out financially after being involved in a collision with an uninsured driver due to the Motor Insurers Bureau acting as the ‘insurer of last resort’, every incident they are involved with adds to the average cost of insurance for law-abiding drivers.”

The offence of using a vehicle uninsured against third party risks carries six to eight penalty points which must stay on the person’s driving record for four years from the time of being caught.