The best-performing Euro 6 diesel engines emit as little NOx as petrol, while the worst-offending ones pollute worse than some 10-year-old cars. 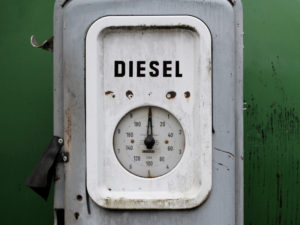 The best new diesels as clean as petrol, while others are 10 times over the legal limit, the research finds.

The latest Emissions Analytics figures – which add weight to arguments that governments and cities are over-penalising diesels – show a number of diesel cars emit less NOx in the real-world than the Euro 6 regulatory limits, including the first testing under the new Real Driving Emissions (RDE) regulation.

The figures from the firm’s EQUA Index shows the best-performing diesel engines emit less than 80mg/km, well within the 2.1 conformity factor limit of 168mg/km. Yet in contrast the worst-performing 10% of diesels tested since January 2017 emitted 911mg/km.

Across the Euro 5 and Euro 6 stages, the best 10% of diesel engines emitted 46% less NOx than the 10% dirtiest petrol vehicles.

Emissions Analytics founder and CEO Nick Molden said the wide variation in the figures brings added confusion for consumers but added that the research shows how cities and governments could be over-compensating and restricting diesels more than is justifiable. In Germany, a court ruled last week that cities that exceed air quality limits can ban older diesel cars without seeking authority from the national government.

In the UK, all diesel cars – including the best-performing ones that have achieved Emissions Analytics’ EQUA Aq ‘A’ or ‘A+’ rating – will be subject to increases in Vehicle Excise Duty and Company Car Tax from this April, confirmed in the 2017 Autumn Budget.

Under the change in legislation, all diesel cars that have not been tested to Real Driving Emissions step 2 standard (RDE2) will see the higher VED and CCT tax costs – currently no vehicles have yet been tested to the RDE2 standard, but Jato added that some manufacturers may decide to certify to this level early.

Molden also warned that the industry should be alert to the consequences for carbon dioxide and particle emissions as the new car market seems to be shifting back towards petrol cars.

Any system of discriminating between vehicles based only on Euro stage will be highly inefficient as it will involve permitting some vehicles with high real-world emissions, Emissions Analytics concluded, with Euro stages are 5 and 6 being particularly problematic as within them are significant spreads from the best to the worst. For example, the dirtiest Euro 6 diesels are up to seven times higher emitting than the cleanest Euro 5, while the dirtiest Euro 6 diesels are around three times worse than the cleanest Euro 3/4 vehicles, last of which were type-approved in 2009.