British Car Auctions (BCA) has disputed recently published findings that fleets are distorting used car and van markets by ‘hanging on’ to vehicles. 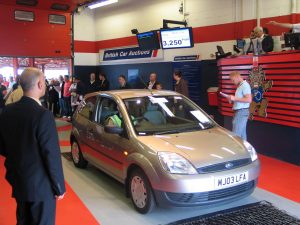 Reports from managers across BCA’s network showed a strong performance during the summer holiday season.

Simon Henstock, BCA COO UK remarketing and vice chairman of NAMA, commented on an improving picture in the remarketing sector during August, despite claims of distortion made by industry analyst Glass’s.

He said, “In my capacity I am frequently in discussion with other operators across the remarketing sector, and feedback on performance has been consistent in recent weeks.  Prices have improved as inventory has dropped and conversion rates have risen with first time sales – which are critical to churn – also improving.

“Reports from managers across BCA’s 23 strong network also bear this out, with both car and LCV sales performing strongly, despite being at the height of the summer holiday season. With this in mind, we are simply not seeing the large numbers of unsold vehicles that have been talked about or rising numbers of over-valued re-entries.”

He added: “Whatever the wider economic concerns may be, the remarketing sector works closely with both vendors and buyers to ensure vehicles are sensibly priced to meet market expectations in the here and now.  Our Pulse report for July saw a steady marketplace with the average values at record levels.  August has improved on that performance.  It has been a strong month with good levels of demand and, with the September plate change nearly upon us, we can expect the markets to be very busy indeed over the coming weeks.”

Henstock concluded: “We agree totally that appraising and valuing vehicles accurately is critical to success and consistently put that message into the marketplace.  However, current performance suggests that vendors are in tune with market expectations as prices have firmed and churn has improved. In fact, the conversion rate at BCA nationally rose to 85% earlier this week – not a sign of a marketplace that is distressed.”