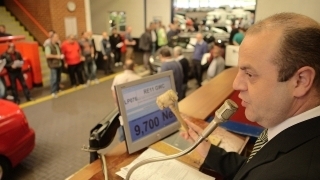 According to reports, the company posted earnings of £4.7m before interest, taxation, depreciation and amortisation for the year to the end of October 2014 on revenue of £37.2m.

BCA has also syndicated its existing £200m term loan and £100m revolving credit facility and has increased the size of the term loan to £275m, bringing its total facilities to £375m.

BCA said in a statement: "The valuation is underpinned by strong earnings and a significant property portfolio of auction sites with a net book value of almost £20m."

The acquisition comes just two months after Haversham Holdings confirmed that it had reached agreement to acquire BCA for £1.2bn in a reverse takeover funded by a placing of new ordinary shares and a new debt facility, with BCA renamed as BCA Marketplace Plc. At the time, Avril Palmer-Baunack, executive chairman of Haversham, said: "Haversham's management team sees exciting growth opportunities in the changing European used vehicle market and plans to refresh BCA's strategy to enhance its strong growth record."

Commenting on the SMA deal, Avril Palmer-Baunack, now executive chairman of BCA Marketplace, said: "We are delighted to have completed this value-accretive acquisition so soon after listing BCA and to be delivering on our previously stated intention to pursue both organic and non-organic routes to accelerate growth of the auction exchange and support services.

“We welcome the SMA management team led by Bob Anderson to the BCA Group and look forward to working with them to continue to provide a pre-eminent service to our buyers and vendors.”