By Katie Beck / 3 years ago / Features / No Comments 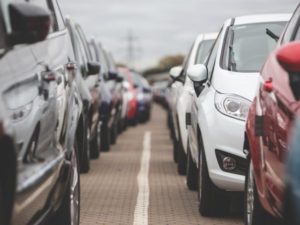 The number of used cars sold in the UK hit a new record in Q1 2017, the latest figures from the Society of Motor Manufacturers and Traders (SMMT) reveal.

Although silver remained the best-selling colour at 463,959 sales, figures show its popularity may be fading with sales declining -2.1%.

According to a recent survey by Goodyear Tyres, drivers prioritise safety as the most important reason to have a connectivity or infotainment feature installed on their car.

Participants were asked to rank a series of factors by order of importance as to why they would specify a feature on their vehicle.

Kate Rock, spokesperson at Goodyear Tyres, commented: “Perhaps unlike past tastes that focused on how the car looked, todays driver preference appears to focus more on practical and safety features. Cars are becoming increasingly tailored towards the needs of everyday drivers incorporating new technologies.” 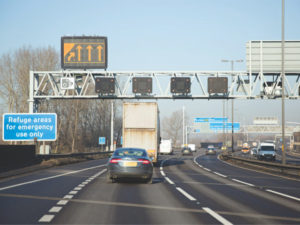 52% of drivers surveyed did not know what an emergency refuge area was. Image: Highways England.

Millions of motorists are unsure about what to do in the event of an emergency on a smart motorway, research conducted by RAC suggests.

RAC chief engineer David Bizley, said: “Vehicles should pull up to the indicated mark on the tarmac of the refuge zone or the emergency telephone, and then the occupants should leave the vehicle from the passenger side. Everyone should stand behind the barriers and call a Highways England representative immediately.”

The number of motoring fines incurred by fleet drivers rose by more than a fifth in 2016, according to a study by leasing specialist Lex Autolease.

Tim Porter, managing director at Lex Autolease, commented: “Organisations can better understand how the increase in fines and penalties impacts their business by benchmarking their data against similar fleets. Businesses can also look to put in place straight-forward driver policies and procedures to help reduce the risk and bring down the bill.”