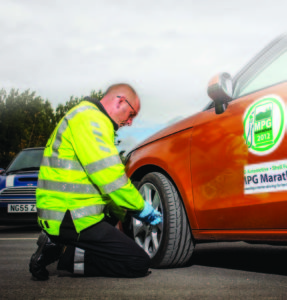 Companies with grey fleet drivers are being urged to get to grips with their duty of care as new evidence shows that drivers are still cutting corners with safety.

According to Freedom of Information data obtained by Confused.com, one in three of the UK’s six million street lights are now switched off or dimmed at night, with more than half of the 180 councils surveyed planning future regimes.

According to The AA, there have been 11 cases of deaths since 2009 where the coroner has ruled that lack of street lighting was a “significant” contributory factor.

Edmund King, AA president, commented: “There is growing evidence that cost-savings from councils turning off street lights are being paid for with lives. We advocate that local authorities consider using decent low energy lighting on the streets most at risk rather than having a full blackout.” 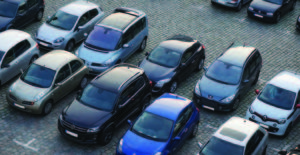 Problems with parking discourage vehicle use.

Cost and availability of parking

The cost and availability of parking is becoming an increasing concern for UK drivers, according to the latest RAC Report on Motoring.

The difficulty in finding parking was cited as the most common reason for motorists using their vehicles less.

RAC chief engineer, David Bizley, said: “We hope that the growing concern about the cost of parking is not symptomatic of an attempt by policymakers to force more people out of their cars and onto expensive or inadequate public transport instead – a case of using too much ‘stick’ and not enough ‘carrot’ when it comes to making motorists change behaviour.”

White remains the UK’s favourite new car colour but buyers are starting to return to black and interest in niche colours is rising, new data from the Society of Motor Manufacturers and Traders (SMMT) suggests.

Behind white and black, the third and fourth most popular colours were grey and blue, both gaining market share. Meanwhile, yellow cars appeared in the top 10 for the first time since 2013 at the expense of mauve, which dropped to 11th place.

Previous: Going it alone – what will Brexit mean for UK fleets?
Next: BCA underpins digital plans with new appointment