Around 22 million leisure trips are expected to be made this weekend – up some eight million on last year and marking the highest total for the weekend since 2014. 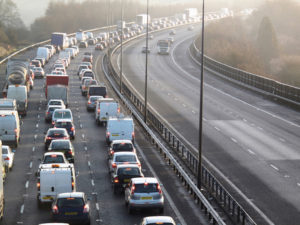 Some 22.5 million leisure journeys are expected to be taken by UK drivers between Friday and the end of the long weekend

Although the RAC is predicting that Saturday will see the highest level of bank holiday getaways – with an estimated 6.6 million separate trips planned (up from 3.8 million last year) – it’s actually warning that today could see major jams as regular weekday traffic combines with 5.3 million expected leisure journeys (up from 4.5 million last year). Bank holiday Monday is expected to see some 5.6 million journeys; up from 2.9 million.

It’s estimated there will be in the region of 22.5 million leisure journeys taken by UK drivers between today and the end of the long weekend, with routes leading to the coasts, national parks and highlands like the Lake District likely to see significant volumes of traffic – and some extensive jams.

Highways England has said it is removing more than 700 miles of roadworks ahead of the weekend, meaning around 97% of motorways and major A-roads will be free of roadworks.