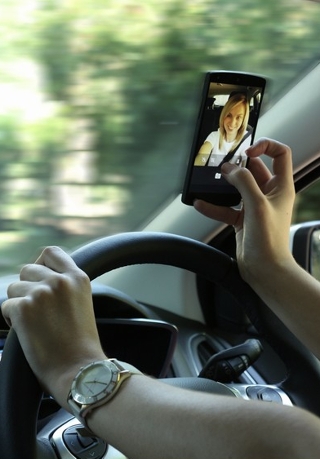 Carried out in partnership with prominent behavioural psychologist Jo Hemmings, the research found bad drivers to be 50% less attractive than motorists with good skills.

Candidates were shown videos of both good and bad driving whilst being tested for their levels of attraction towards the driver using pulse rate, pupil dilation, blink rate and body language.

Attractiveness dropped from 4.8 to 2.8 in women proving the most significant reduction, with 84% of candidates reporting more negative feelings towards the driver after experiencing their incompetence on the road.

The pulse rate of 60% of female candidates increased whilst watching bad driving manoeuvres, with a 20% increase for a third indicating a significant rise in stress levels.

And it’s the aggressive and confrontational manoeuvres that were found to be most unattractive to women – with road rage, illegal overtaking and tailgating topping a list of gaffes that provoke the strongest negative reactions.

In contrast, reactions in men were found to be less significant, with just over a quarter (28%) reporting a dislike for the driver after seeing them behind the wheel.

Body language indicators showed that for men, instead of stress, frustration was the overwhelming response. Candidates were found to frown, become agitated and shift position as they watched videos of parking, turning the car around or other examples of distracted or preoccupied behaviours.

Behavioural psychologist Jo Hemmings explains: “There is no doubt that across the board most candidates, and nearly all of the women, found bad driving to be a turn-off.

“However, it’s interesting to look at the reactions of different genders. Some male reactions to bad driving included laughter and amusement, indicating that men have a less mature emotional response to bad driving than women who instead furrowed their brows and shook their heads.”

Jo Hemmings continued: “Overall the experiment supports the hypothesis that bad driving elicits strong instinctive responses, with a correlated effect on levels of desire. However, it's evident that women have a stronger negative reaction to bad driving than men, and find bad drivers considerably less attractive as a result.”