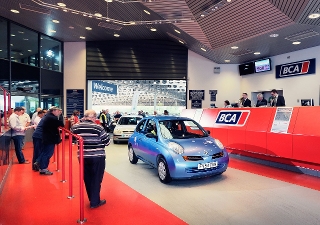 Fleet & Lease values climbed however, and averaged £9,478 in January, a rise of £352 (3.8%) compared to December. Average age and mileage were broadly static over the month, while retained value against original MRP (Manufacturers Retail Price) improved to 41.28%. Average values were up by £260 (2.8%) compared to January 2014.

Overall year-on-year values remain well ahead. Compared to the same month in 2014, values were up by £574, equivalent to a 7.7% uplift, with both average age and mileage continuing to decline. CAP Clean performance was up by a quarter of a point, year-on-year.

Simon Henstock, BCA’s UK operations director, commented: ‘We have seen a similar pattern over the past four years as volumes rise in January and the model mix changes compared to the very short trading period in December. Notably the year-on-year figures continue to show substantial value growth, underlining that the improving economy and rising consumer confidence is impacting the used car market as well as the new.’

He added: ‘January was exceptionally busy in the wholesale markets, with BCA achieving some significant results around the UK in the first weeks of 2015, offering and selling more vehicles than at any time in our history. We saw record results at Belle Vue, Walsall, Bedford and London and set a new weekly sales record across the group during January.’