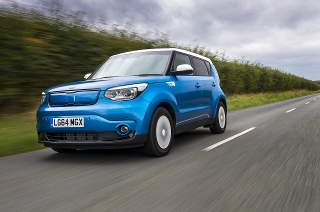 Figures from the Fleet Market Attitudes Report show that the UK’s current economic climate has had a positive effect on the fleet market, with the average company’s fleet size increasing by 4% in the last five years, and demand for fleet services increasing by 3% since last year.

With the UK economy experiencing a steady rate of growth, the UK car market is reporting a similar prosperity. The majority of the market’s growth has come from the fleet sector, which is up by 11% year to date, with fleet accounting for 53% of the total volume, according to SMMT figures.

When 150 fleet managers were asked where they see their fleet in the next five years, 42% said they believe the proportion of eco-friendly models will increase, which will be helped along by improvement in infrastructure and increased familiarity. Current research shows that when selecting a fleet range, organisations are likely to prefer saloons and estates, with appearance, environmental friendliness, fuel-efficiency and safety being top considerations.

Away from the traditional selections, the report revealed that hybrids and EVs are becoming part of the consideration as more models become available. However in order to consider changing their organisation’s entire fleet to eco-friendly models, respondents said it would be a requirement to save average of £483 on fuel costs each car, per year.

When looking at challenges that fleet managers face, around half (49%) reported lack of time to handle all queries about their employees’ current company cars, with 24% admitting there is a lack of resource to identify the best vehicles for the fleet. 17% admitted budget worries when it comes to servicing their fleet.

“We have been growing strongly as a brand for the past ten years and our sales are currently up in 2015 which reflects the findings in our report. Our fleet growth has outstripped the market, and we remain in a healthy position,” commented Paul Philpott, president and CEO of Kia Motors. “Increasing pressures on businesses being green is driving motoring innovation in this area. With Soul EV and the soon to be released Optima Hybrid we are well placed to respond to the gradual build up in demand for full and part electric vehicles.”