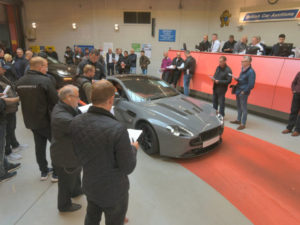 Fleet and lease values were up by 2.3% (£244) to £10,778, marking the second consecutive month that a record value had been achieved at BCA for fleet & lease stock. Retained value against original MRP (Manufacturers Retail Price) improved to 43.32% from 42.70% in August, whilst year-on-year values were up by 7.5% (£761) as both average age and mileage continued to reduce.

Across the board, average used car values rose by 0.3% (£33) to £9,117 during September, also marking the highest average monthly figure on record at BCA. Volumes also climbed during the month, with inventory levels reaching record levels by late September and early October.