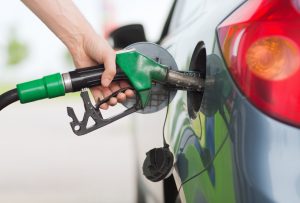 Diesel meanwhile averaged 113.34p per litre at the end of September, the highest average price since August 2015, and up 0.42p on the price at the beginning of the month.

Supermarket prices rose faster than average prices, with unleaded up 1.1p and diesel up 0.71p.

RAC fuel spokesman Simon Williams said recent reports that OPEC has agreed in principle to a cut in oil production have nudged oil prices up closer to the $50 a barrel mark.

Looking ahead, he said: “While we don’t envisage an immediate hike in prices in October, a lot depends on how markets react to the recent news of the first production cut by OPEC nations since 2008, which marks a major move away from the organisation’s long-term over-supply strategy. The announcement has already caused oil prices to jump a little, but until more specific details are available it is difficult to predict what the longer term outlook on pump prices, and therefore impact on motorists, will be.

“The new Chancellor’s first Autumn Statement also looms next month, and the RAC hopes that he sees sense in committing to not increase fuel duty for the remainder of the Parliament – certainly compared to his predecessor’s track record on fuel duty, the new Chancellor has a lot to live up to.”