Reducing the number of traffic lights on UK roads could help cut congestion and reduce time spent by drivers on the road. 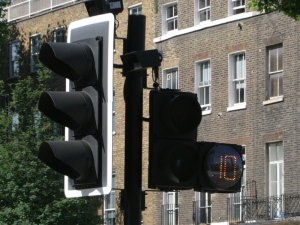 The number of traffic light systems on roads across the country has increased 23% since 2013 according to FOI data obtained by Confused.com

The findings support research published at the start of the year by the Institute of Economic Affairs, which put the cost of delays caused by traffic controls at £16bn a year and said that four in five (80%) traffic lights in the UK could be removed to boost the economy and road safety.

Confused.com also found that Brits are having to contend with more sets of traffic lights than ever before. New FOI data obtained by the firm shows that British drivers face more than 33,800 traffic light systems on roads across the country – a 23% increase since 2013. And motorists in London might see their drive punctuated by red lights more than anywhere else – as they have the most traffic light systems in place (6,297).