The key points of the 2016 Autumn Statement and what it means for fleets. By Alex Grant and Natalie Middleton. 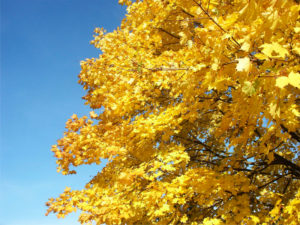 New Benefit-in-Kind bands for company car drivers, to be introduced in April 2020.

New Benefit-in-Kind bands for company car drivers, to be introduced in April 2020, will include a sliding scale for vehicles emitting 50g/km CO2 or less, based on their electric range, aimed at incentivising models which are more likely to be driven on battery power. Fully electric vehicles will get their own 2% banding, while the familiar one percentage point increments will be retained from 51g/km upwards, starting at 15%.

“These new bandings will create a much greater incentive for employers and employees to choose the cleanest electric and hybrid cars. However, these decisions are pragmatic, cost-conscious ones and we are concerned that they may be deferred until the incentives come into effect.

“The ULEV market could suffer in the meantime as company car tax costs rise significantly between now and 2019.”

From April 2017, most salary sacrifice schemes will be subject to the same taxation as cash income, which the Chancellor said was designed “to promote fairness and broaden the tax base”. Ultra-low emission vehicles will not be affected by the changes, and neither will pensions, pensions advice and cycle to work schemes.

HMRC also announced in the subsequent draft legislation for Finance Bill 2017 that the new rules will also apply to employees using cash or car schemes. The move will mean that employees who can choose between the options of a cash allowance or a company car will be taxed on whichever is the higher: the taxable benefit or the cash allowance sum.

“There will be a general sense of shock in the industry that the chancellor has changed the arrangements for taxing salary sacrifice schemes. You can see why he has done it: he expects to raise more than £230m pa once the new system has bedded in in 2018-19.

“However, all is by no means lost for the fleet industry and for those employees who have salary sacrifice cars or planned to have them.

“People already sacrificing salary will continue to enjoy the benefits for four years.

“We can expect a huge rush in salary sacrifice registrations between now and 5 April, when the new rules come into force. And employees can continue to enjoy the benefits of sal sac if they choose an ultra-low emission car.

“All in all, whilst this is not the outcome the industry was hoping for, it’s by no means a disaster.”

Fuel duty will remain frozen for the seventh successive year in 2017. Aimed at helping businesses and consumers, this is expected to result in an £850m cut in revenues and means the current fuel duty freeze is the longest for 40 years.

“The chancellor’s commitment to freeze fuel duty will be greeted with relief by motorists and businesses at a time when we know drivers are concerned that fuel prices will rise significantly over the next six months.”

An additional £1.3bn will be invested in the UK road network as the Government aims to improve productivity. This includes £1.1bn for local roads and public transport networks as well as £220m to tackle ‘pinch points’ on strategic roads. The Government also announced £390m for low-emission and connected autonomous vehicles. Uptake of plug-ins will be supported by a 100% first-year allowance for businesses installing charging points, and £80m for public charging infrastructure.

“The vehicle rental and leasing industry contributes £24.9bn a year to the UK economy and in 2015 the leasing industry accounted for half the number of new cars registered on the road. So this news will be especially pleasing for businesses, whose roads have suffered from poor organisation, congestion and pitted surfaces for decades.

These roads are vital for the businesses that will power the country through years of lower-than-expected growth, so it is reassuring that the UK Government now views this as a priority.”

Insurance Premium Tax is to rise from 10% to 12% from the start of June 2017, though measures will be put in place to combat ‘whiplash culture’ in the UK and help keep prices down. The Chancellor stressed that the new rate was still lower than many other European countries, explaining that the rise was aimed at funding investment elsewhere.

“After a recent double rise in Insurance Premium Tax, this further increase is a slap in the face for motorists who will surely see their premiums once again increase. It will mean three rises in in two years and a more than doubling of IPT from 5% to 12% making Insurance Premium Tax the stealth tax of our time.

“Insurance premiums have already risen by over £100 compared to last year, and motorists have told us they are feeling the pinch, with 57% telling us that their premiums have increased over the past 12 months.

“We are also concerned that the Government’s whiplash reforms, while welcomed, will not achieve savings for motorists as only a small number of insurers have so far committed to passing the savings on.

“The Chancellor may now be at risk of encouraging some hard-pressed motorists to break the law by driving without car insurance, which will further increase premiums for law-abiding drivers. We would urge the Government in the name of road safety, to reconsider this rise.”

Buried within the Autumn Statement documents were the annual rises for fuel and vans benefits.