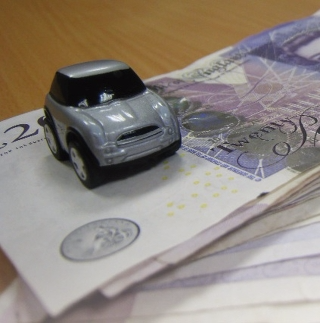 Headline news for fleets was the announcement of the delay in the removal of the current diesel surcharge on Benefit in Kind car tax, which was set to finish as of April 2016.

Instead, the levy will be dropped from April 2021, by which point the Government says there should be new EU-wide testing procedures to ensure diesel vehicles meet air quality standards under real-world conditions, as well as in the laboratory. It’s estimated that the extension will raise an additional £1.36bn in revenue over its five-year term.

£600m is being put aside to support the market and manufacturing of ultra-low emission vehicles with a target of 25% of European EVs being built in the UK. Said to save 65 million tonnes of carbon, as well as helping with air quality issues, it’s also another step towards the target of 100% zero emission vehicle sales by 2040.

However, no announcement was made on the new Plug-in Car Grant, with just weeks to go until the current flat £5,000 grant is scheduled to finish.

No mention was made of any changes to fuel duty despite many campaigns for it to be lowered or the current freeze to be continued. The Petrol Retailers Association (PRA) has said it has now received confirmation from the Treasury that fuel duty will remain at 57.95ppl on both grades until 31 March 2016 when it will rise in line with RPI as announced in the Spring Budget.

The Government announced that day-to-day spending in the Department for Transport will be cut by 37% but said capital investment in Britain’s transport network would rise 50%.

£15bn will be invested in resurfacing over 80% of the Strategic Road Network, with 1,300 miles of additional lanes to be added, funded by the Roads Fund announced during the Summer Budget, with revenue raised from Vehicle Excise Duty from 2020-21. A second Roads Investment Strategy will be published before the end of this Parliament outlining the investment.

Around the Capital, London will get an £11bn investment to deliver Crossrail, new London Underground trains, station upgrades, new buses and a network of Cycle Superhighways, while Kent will get a £250m lorry park to reduce pressure on local roads during Operation Stack. A £250 ‘permanent pothole fund’ will also be established over the next five years.

The Chancellor also announced that spending on the new catapult centres, including the Transport System Catapult, will increase.

The Government said it intends to introduce measures to end the right to cash compensation for minor whiplash injuries, and will consult on the details in the New Year.

Mr Osborne said: “We’re going to bring forward reforms for the compensation culture around minor motor accident injuries. This will remove around £1 million from the cost of providing motor insurance. We expect the industry to pass on this saving so motorists see an average saving of £40-50 per year off their insurance bills.”

In response, Ashley Barnett, principal consultant, Lex Autolease, said: “Salary sacrifice schemes can form an integral part of a business’s employee benefits package and can work wonders for talent attraction and retention levels. It's therefore concerning to see the Government is still considering whether action is necessary to curb the growth of these arrangements, as outlined in the Autumn Statement document.

“The scrapping of car salary sacrifice schemes will have little impact on Treasury coffers since the NIC saved on car salary sacrifice schemes is typically offset by BIK tax levied.  We call on the Government to recognise the importance of businesses being able to offer their staff fully maintained and insured vehicles, offset against their National Insurance Contributions but whilst continuing to pay BiK tax."

In addition, efficiency and reform measures will see the Government support police forces to adopt a more collaborative approach to purchasing common items on a regional or national level, such as police uniforms and vehicles, to secure a better deal through economies of scale forecast to save £350 million over the Parliament.