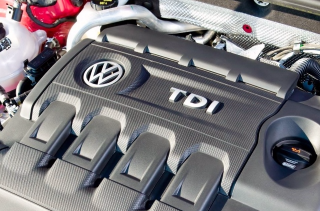 The levy was originally due to have been dropped from next April, levelling the rates for diesel and petrol vehicles in recognition of Euro 6 emissions standards coming into force for all new cars from this September. These set almost identical NOx limits for the two fuels.

Instead, the levy will be dropped from April 2021, by which point the Government says there should be new EU-wide testing procedures to ensure diesel vehicles meet air quality standards under real-world conditions, as well as in the laboratory.

In its policy costings document, it's indicated that the BiK levy for diesels will raise an additional £1.36bn over the next five years, £280m of which will be raised in the 2016/2017 financial year.

In the meantime, £600m is being put aside to support the market and manufacturing of ultra-low emission vehicles with a target of 25% of European EVs being built in the UK, and to continue towards 100% zero emission vehicle sales by 2040. The investment is said to save 65 million tonnes of carbon, as well as helping with air quality issues.