Automotive industry needs to ‘stay one step ahead’ of criminal gangs, says TRACKER 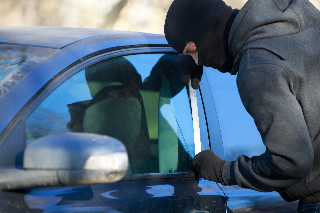 The report on ‘Reducing Criminal Opportunity – vehicle security and vehicle crime’ reveals that organised thieves have adapted extremely well to modern security technology but calls for manufacturers and others to think carefully about a ‘third wave’ of vehicle security to ensure they stay ahead of the technological curve.

Andy Barrs, police liaison officer at TRACKER, explained: “Criminals have had to develop much more sophisticated techniques to overcome vehicle immobilisers and keyless entry systems. For example, whilst manufacturer immobiliser technology has helped to significantly reduce offences since the 1990s, the recent Home Office report highlights how organised criminal gangs now possess the know-how to overcome such systems.

“However, the report argues that whilst the technology to overcome vehicle immobilisers is available, it is not being used by offenders in great numbers, suggesting that ‘… once the knowledge of electronic compromise spreads from more seasoned offenders to more casual ones, thefts will start to rise.’ This means we could be sleep-walking towards a significant rise in vehicle theft, if the automotive industry doesn’t make an effort to stay one step ahead, which is why it comes as no surprise to us at TRACKER that vehicle theft offences in 2015 saw the first increase in two decades.

“The Home Office report calls for a ‘third wave’ of vehicle security to combat a potential rise in theft. The days of the casual joy-rider are long gone. Today’s vehicle thieves are most likely to be highly organised criminals, capable of bypassing current security levels. This is why we believe that stolen vehicle tracking and recovery technology could be the next major solution to combat vehicle theft.

“Whilst independent industry research shows that tracking devices are highly effective in recovering stolen vehicles, sadly, they are currently only installed on a minority of vehicles. Car owners, manufacturers, dealers, insurers and the police need be advocating tracking technology as a means of thwarting today’s car thieves and protecting assets to reduce what the report describes as the ‘rump’ of vehicle theft offences.”