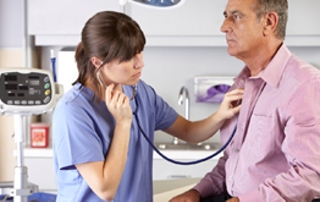 Ahead of World Asthma Day (Tuesday 5th May), Autogas has highlighted reports that air pollution in the UK has reached its maximum level rating of ‘10’ in recent weeks bringing misery and breathing problems for the UK’s 5.4 million asthma sufferers. The claims come as the Supreme Court orders the Government to take action on air quality.

Poor air quality is responsible for as many as 29,000 deaths in the UK each year and extensive pan-European studies have revealed a correlation between traffic congestion in urban areas and a higher incidence of respiratory conditions, including asthma. Greater support for LPG vehicles, it is claimed, could significantly improve air quality, resulting in fewer deaths and breathing problems, ultimately lowering the cost to the NHS and UK taxpayers.

Autogas Limited general manager, Linda Gomersall said: “These alarming reports show that immediate action is needed from the Government and car makers to tackle rising levels of air pollution and help the lives of asthma sufferers in the UK. LPG is a proven, readily available fuel source that could instantly help improve the lives of millions of people, if only further support was directed to the availability of gas powered cars.”

Cars driving on LPG emit 80% less NOx emissions than diesel and significantly lower levels of harmful particulates which are a primary contributory factor to poor air quality. Indeed, according to the UK LPG Association, it takes 20 LPG vehicles to emit similar levels of NOx as one diesel vehicle. Furthermore, according to the European Commission, CO2 emissions from production-to-tailpipe of LPG vehicles are about 27% lower than those of petrol.

A ComRes poll conducted on behalf of Autogas found that more than a third of UK households would consider driving an LPG powered car. However, most are unable to do so as no vehicle manufacturers currently offer LPG ready models directly from their showrooms in the UK, unlike mainland Europe where drivers can choose from a host of vehicles through 17 manufacturers who all offer an LPG option.

“Many vehicle manufactures already produce LPG powered cars, they simply don’t offer them to UK consumers despite many even being produced in the UK,” adds Gomersall. “We’d encourage the Government to work with the industry to change this situation so that UK drivers, including the 5.4 million asthma sufferers, have the choice to buy a cleaner LPG variant.”