Audi is to go electric-only for all new model launches from 2026 on the back of its plans to go net zero. 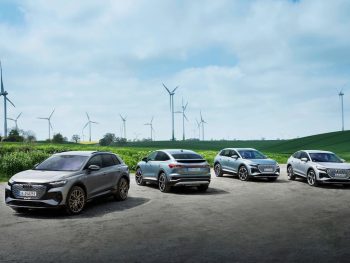 Starting in 2026, Audi will only launch new all-electric models on the global market

The roadmap, revealed by CEO Markus Duesmann at the Climate Neutrality Foundation conference, plans to stop the production of internal combustion engines by 2033.

This is with the exception of China where continued high levels of demand could see a supply of vehicles there with combustion engines manufactured locally.

And by 2025, the brand aims to have more than 20 e-models in its line-up, furthering its plans to achieve net-zero emissions by 2050 at the latest.

“With this roadmap, we are creating the clarity necessary to make a decisive and powerful transition to the electric age. We’re sending the signal that Audi is ready,” said Duesmann.

It’s the latest commitment from an OEM to EV-only manufacturing; Ford and Volvo have said they will be fully electric by 2030 while Jaguar is to become an all-electric luxury brand from 2025.

Audi added that the exact date it will stop producing ICE models will ultimately be decided by customers and legislation.

The brand also said that the expansion of a widespread charging infrastructure and renewable energy sources will also be critical to uptake of EVs. The carmaker is taking an active stance here too – earlier this month it unveiled the Audi charging hub pilot project as its own premium charging solution with a reservation system and lounge. It’s also partnered with energy suppliers to promote the expansion of renewable energy sources.

The carmaker also said it would redouble its work on the development of the combustion engine all the way through to the final generations, enhancing efficiency.