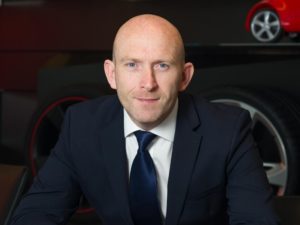 The carmaker said he brings strong relationships with fleet managers and influencers to the new role, which he joins on the back of 13 annual sales records for the brand, bolstered by a large contribution by Audi Fleet Sales.

“We don’t find ourselves in this fortunate position by accident,” said Brennan. “It’s the result of incredibly hard work by everyone in the fleet sales team, but also of outstanding leadership by James for which we are all very grateful. I’m greatly looking forward to picking up the baton he carried so expertly and pushing us to even greater success in the years to come.”

Previous: Today in Fleet: Friday 28 April
Next: The next automotive revolutions