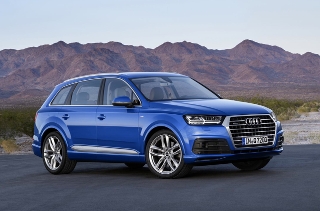 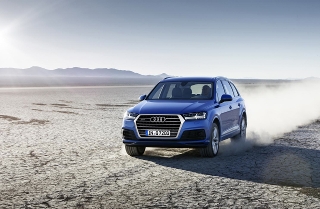 The new model arrives in showrooms from August with just one engine from launch – a 268bhp V6 TDI unit – and offers highlights including a weight reduction of up to 325kg.

The interior brings improved headroom for both front and second row passengers. The second seating row now benefits from a tilt and fold function, and there’s a new powered folding mechanism for the third row. A total of 770 litres of luggage space is available when seven passengers are on board, rising to 1,955 litres with just the front seats in use.

The interior also gains the latest MMI navigation plus with MMI Touch and an 8.3-inch electrically retractable monitor. Trial access to Audi connect, which brings internet-based services to the car via a fast 4G connection and also creates a mobile Wi-Fi hotspot, is also included.

The 268bhp 3.0 TDI engine available at launch produces 442lb.ft and comes with an eight-speed tiptronic transmission with a fuel-saving freewheeling function, and quattro all-wheel drive. 0-62 mph takes 6.5 seconds, with a top speed of 145mph. CO2 emissions are rated at 153g/km, with an official combined fuel consumption figure of 47.9mpg.

In addition, a 215bhp version of the 3.0 TDI quattro will be available later in the year, with ordering to start from late summer.