Asda has cut fuel prices for the second time in a week, leading to calls for the other supermarkets to follow suit. 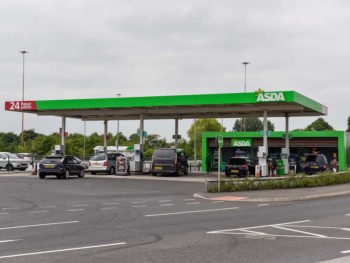 Asda fuel prices have come down in total by 7ppl on diesel and 4ppl on unleaded since 6 June.

The news was greeted by the AA, which called for the other supermarkets to follow suit. Jack Cousens, head of road policy, said: “While Asda show themselves to be a friend at the pumps, others drag their heels favouring the ‘rocket and feather’ approach.”

In the May Asda Income Tracker it was reported that global fuel price increases have raised costs at the pumps, with a 4.3% year-on-year rise in fuel price inflation, the fastest rise since November 2018, which has hit the cost of essential spending.

The RAC also welcomed the news, saying: “We felt the price cut last week didn’t go far enough, and today’s news goes some way towards charging drivers a fairer price when they fill up. It’s particularly significant that diesel will now start to be priced much closer to petrol, which reflects the near-identical prices between the two fuels on the wholesale market.

“Given fuel prices have been climbing steadily since February, it is important that on those occasions when wholesale prices fall significantly that this is quickly reflected at the pumps – even if that is for a relatively brief period.”