Arval has appointed Alain Van Groenendael as its new chairman and CEO, succeeding Philippe Bismut who stood down at the end of the year. 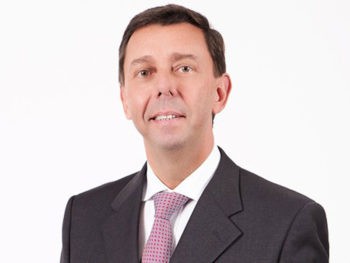 Van Groenendael is a graduate of ICHEC Brussels Management School and a qualified Sales Engineer from Saint-Louis University in Brussels, and also brings 30 years of international experience.

A large part of his career to date has been spent at Citibank in a wide variety of roles and locations, culminating as CEO of Consumer Bank, Western Europe and a member of the Citigroup Management Committee. He has also held the posts of chairman of the Loans & Financial Services Division at the PPR Group and chairman and CEO of Finaref.

His work with Arval parent BNP Paribas started in 2008 when he was appointed board member and deputy chief executive officer of BNP Paribas Personal Finance. In 2015 he was made chairman of the company and joined the Management Committees of both International Financial Services and Retail Banking at BNP Paribas Group. He is credited with playing a leading role in the international development of the group by forming many strategic partnerships in the financial services, vehicle and distribution industries, as well as encouraging the digital transformation of the company.

His career also includes a spell as chairman of Opel Vauxhall Finance from November 2017 to June 2018. During the same period, he also held the role of vice-president of the ASF (French Association of Specialised Financial Companies) and president of Eurofinas (European Federation of Finance House Associations).

Commenting on his appointment, Van Groenendael said: “It is with great pride that I join Arval. I would like to acknowledge the work of my predecessor Philippe Bismut, who has shown responsibility and boldness during his eight years at the head of Arval. It is now my responsibility to bring further innovative support and solutions to adapt our offer to continuously changing mobility needs. Arval’s employees in 29 countries around the world can count on my total commitment to our success.”