Last year’s cull of the plug-in hybrid car grant has dented the incentive and attraction for businesses to buy into plug-in hybrids, and despite the recently announced new BiK rates from April 2020 – that will see the Mitsubishi Outlander PHEV’s BiK reduce from 16% today down to 12% – Mitsubishi Motors in the UK believes the Government could go further. 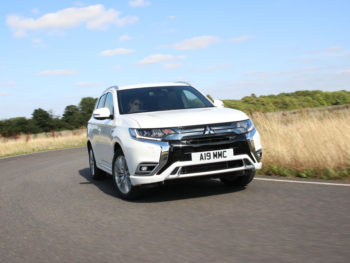 Mitsubishi believes a government review of VED banding is necessary, as well as possible incentives for plug-in hybrid car owners to charge their vehicle

The message echoes that of the BVRLA, which has been lobbying the Government to reintroduce the plug-in hybrid car grant, which reduced the purchase price of a qualifying PHEV by £2,500.

While the BiK changes will undoubtedly incentivise company car drivers to drive greener vehicles, more needs to be done to encourage the uptake of clean vehicles amongst retail customers, Mitsubishi added. Mitsubishi Motors in the UK is calling on HMRC to present a concrete and clear roadmap on how it intends to encourage the adoption of cleaner vehicles.

Mitsubishi says that plan should include, for example, a review of VED banding, as it currently offers an ongoing incentive of just £10 per year for those adopting a greener vehicle.

The plan could also look at incentivising regular charging, to ensure that PHEVs are used to their full potential as well as a clear plan for manufacturers to work to, pertaining to charger types and cables, charging capabilities and the placement of recharge slots on the vehicles, for example.

Rob Lindley, managing director of Mitsubishi Motors in the UK, commented, “It is encouraging that proper consideration has been given to Plug-in Hybrid Vehicles as part of the upcoming BiK updates for company car drivers. We’re hopeful that the government is beginning to understand that PHEVs represent the perfect segue to a zero emission future, with our customers telling us that on average they drive half their daily mileage in pure electric mode and a quarter of those customers indicating that they’re seriously considering a pure electric vehicle for their potential next purchase*. Like the rest of the motor industry, we are very much behind the government’s zero emission goals but like any long journey it’s something that needs to be undertaken in carefully measured and paced steps.”