April and May could see surge in new car sales, predicts Cox

April and May could see a surge in new car sales on the back of the reopening of showrooms and the release of the new ‘21’ number plate. 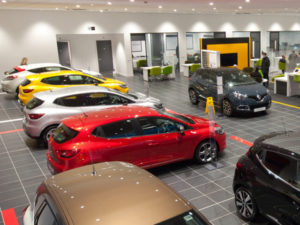 So says Cox Automotive as it publishes new data showing the importance of showrooms reopening in April.

While manufacturers and dealers worked hard to implement click-and-collect schemes to improve car sales during the pandemic, the schemes are not working well enough to make up the sales shortfall and both new and used car sales in the UK have fallen below expectations during the second and third national lockdowns.

Cox highlighted latest SMMT data showing total new car sales in February 2021 fell by 35.5% compared to the previous year, a decrease of 28,282 vehicles. Furthermore, orders for the new ‘21’ number plate in March, usually the industry’s best performing car sales month of the year, are down by as much as 30%, according to over half of dealers surveyed.

But while the data on car sales during the third lockdown makes for difficult reading, Philip Nothard, insight and strategy director at Cox Automotive, said it also provides some optimism.

He outlined: “Seventy percent of dealers report the third lockdown has caused a 10-30% reduction in new car orders, and 17% of dealers have been hit as badly as up to 50%. This highlights why it’s imperative for the industry, that car showrooms reopen on 12 April.”

But thankfully, over half of the dealers surveyed believe that economic conditions will improve once the third lockdown ends.

Philip Nothard added: “The opening of car showrooms on 12 April is a real opportunity for dealers to boost sales volumes after a hugely challenging 12 months. April and May could see a surge in new car sales, coinciding with the recent release of the new ‘21’ number plate. Less popular click-and-collect schemes, born out of necessity, will be supplemented hugely by the more standard showroom and test-drive experience that customers are used to.  Furthermore, consumer spending in 2021 could well shift to the car market, since other large-scale purchases such as holidays abroad, continue to be surrounded by risk and uncertainty.”

Cox’s findings would seem to tie up with new research from Cazana, which shows falling appetite from used car buyers. The data – published today – shows that retail sales dropped by 38% on the previous week and Cazana said that the last seven days have seen a shift in retail consumer demand. It added that the volume of sales enquiries for many dealers remained consistent but the appetite to commit to buying dropped leaving sales teams working harder to get the deals.

Cazana noted that the downturn in the last week may have been engineered by retailers furloughing sales staff in a last bid to save money before the reopening of showrooms.

But the automotive data specialist concluded: “It is also important to note that this was the first week of March and just might highlight an increase in focus and demand for new cars.”

Previous: Fleet Supplier of the Week: Bynx
Next: Volvo rolls out Android infotainment to XC60, S90 and V90