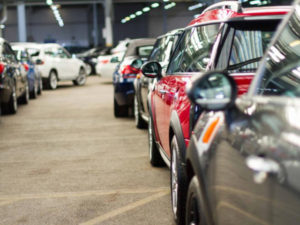 Adding credence to industry views that buyers are turning to used cars instead of new as economic uncertainty continues, latest figures from Manheim show February brought a third consecutive annual rise in average prices, with vehicles passing through its online and physical lanes achieving an average of £7,158, an increase of nearly 12% year-on-year.

Average mileage for all fuel types continued its downward trend, shifting from 59,065 in January 2018 to 57,898 in February and overall volumes were also down (6.71%), with an exception in the 10k to 20k mileage band at 3,517 (up 2.39% on 2017 at 3,601). Manheim said the dip in overall volume was probably the result of scrappage schemes, a decline in new car registrations, the trend towards consolidation creating larger retailers and the general shift among dealers to focus on used car stock.

Looking ahead, Nothard added: “With new car incentives easing and interest rates rising, it’s likely the gap between the new and used market will widen, with increased demand across all mileage brackets driving strong prices as dealers shift their focus to used cars to drive revenues.”