Secondhand buyer interest in diesel remains strong with recent diesel ‘demonisation’ having failed to impact on used prices and motorists not stampeding to sell their diesel cars, according to Auto Trader. 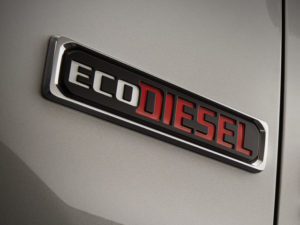 The research, carried out by on around 13,000 motorists and backed up by data from Auto Trader’s marketplace, found the average price for a used diesel car rose by 6% year-on-year in August, showing an underlying like-for-like price increase of 2%, which had doubled from July.

And despite the government’s recent publication of its air quality plans and continued warnings of a possible new diesel tax regime in the Budget, the proportion of private diesel adverts in August rose by only 0.3% year-on-year, suggesting that there is no significant increase in motorists selling their diesel cars.

However, the Auto Trader figures – published in its Market Report for September are in contrast to recent data from car buying comparison website Motorway.co.uk, which shows a clear drop in the average value of diesel prices vs. petrol through 2017.

The data, based on 24,000 real buyer offers on the most popular cars over the year to date, shows an average 6% drop in diesel variants, while petrol models increased in value by 5% through 2017. Motorway.co.uk added that some diesel vehicles, such as the Corsa, showed a valuation drop of up to 26% in its data and said it assumed that Auto Trader’s data is based on asking prices as opposed to trading prices, which are showing the strain of declining consumer confidence.

The Auto Trader report did highlight some ‘kneejerk’ reactions among drivers – albeit without the government’s intended change of buying behaviour – as 10% of diesel car owners that advertised their car on Auto Trader in July and August this year said their decision to sell had been influenced by the negative press coverage surrounding diesel engines. Yet almost half (47%) said they were returning to diesel in the form of a newer engine, 17% said they were switching to petrol and 26% said they were undecided (3% said other). Only 2% said they were considering buying an electric and 5% were interested in purchasing a hybrid.

In response, Auto Trader COO Nathan Coe reiterated the ongoing message that car buyer confidence in electric power needs to be increased, and called for industry and government to “work together to focus on creating an attractive electric future, rather than on the current rhetoric that only serves to stigmatise cars and create uncertainty for motorists and their wallets”.

Coe added: “With the current debate, we are at risk of further confusing car buyers, making the buying process more difficult, and potentially influencing the wrong car buying behaviour, as this research shows.”