Annual Budget to move to the autumn

The final announcement of the Autumn Statement was that 2017 will mark the last time that the Budget is held in the spring. 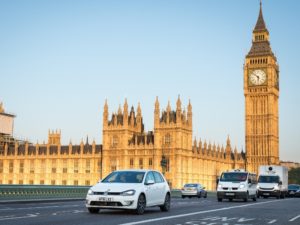 Budgets will be annual, held in the Autumn, from 2017 (Image: Volkswagen/Zipcar)

Instead, from next autumn, there will be an annual Autumn Budget with a Spring Statement responding to the focus from the OBR but no major fiscal event.

The Treasury said the move to a single fiscal event in the autumn each year is intended to provide more stability for businesses and individuals. The Chancellor reserved the right to make announcements in the Spring Statement but said he would not make changes twice a year “for the sake of it”.

He explained: “No other major economy makes hundreds of tax changes twice a year, and neither should we. This change will also allow for greater Parliamentary scrutiny of Budget measures ahead of their implementation.”