Ambitious actions on transport needed for a Net Zero Scotland

Scotland’s world-leading Net Zero 2045 target must be backed by decisive action to strengthen climate change policy in all parts of the economy, including on transport. 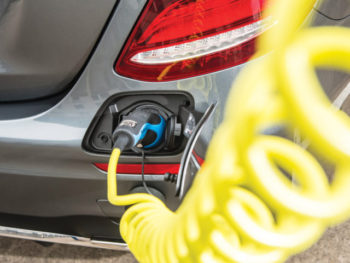 The report says that promising new targets, including on transport, must now start delivering in the real world

That’s according to the Committee on Climate Change (CCC) as its 2019 Progress Report to the Scottish Parliament shows that greenhouse gas emissions reduced by 3% in 2017, compared to a 10% fall in 2016 – putting the country at risk of missing its new interim target of a 56% reduction in emissions by 2020.

According to the report, the fall in 2017 was again led by the power sector, due in large part to Scotland’s first full year of coal-free electricity generation. It adds that recent performance in other sectors shows only incremental improvement at best and a step change in ambition is needed, requiring a much steeper reduction in emissions than was required to meet the previous, less stringent target.

And, despite actual emissions in Scotland falling by 3%, the ‘net’ measure of emissions actually increased by 4% as Scotland’s EU emissions trading allowances increased

The CCC’s report finds that while Scotland’s Programme for Government 2019-20, alongside other recent policies, sent a clear signal that the Scottish Government is taking its more ambitious targets seriously, there is much more to do. Promising new measures for green finance, new-build homes and transport – the country aims to end new petrol and diesel registrations by 2032 –  have been put in place but they must now start delivering in the real world.

Lord Deben, chairman of the Committee on Climate Change, said: “The spotlight is now on Scotland’s plan to deliver meaningful reductions across all sectors the economy, including from buildings, road transport, agriculture and land use. Their contribution to reducing emissions is vital to Scotland’s success.

“With the right policies and the committed support of Westminster, Scotland can lead the way in ending the UK’s contribution to global warming for good.”

The Committee will provide further guidance on the appropriate pathway for Scottish emissions over the period to 2045 as part of its advice to Government on the Sixth UK Carbon Budget, due in September 2020.