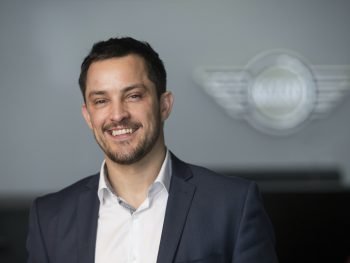 He joins Alphabet from his current role as director of Alphera, part of the BMW Group, and brings with him knowledge across broader financial services, experience in multi-make brands and a strong network.

Halil said: “Having worked in the motor finance industry for more than 22 years, I am a firm believer in the power of people and know the best results are achieved through strong teamwork. I’m delighted to be joining such a high performing and driven team, bringing my own experience to complement their work. Together, we will continue to develop the next stage of Alphabet’s Commercial strategy and maintain the company’s industry-leading position.”

Nick Brownrigg, CEO, Alphabet GB, said: “Spencer has tremendous experience in the industry, and his extensive knowledge will prove invaluable across a number of our strategic projects in the UK. We’re looking forward to him joining us at Alphabet, to further progress our business and commercial offering.”

Brownrigg added: “I’d also like to say a personal thank you to Simon for all his work and achievements during his time at Alphabet, and particularly for extending his time with us to enable a smooth transition and handover in the Commercial division.”

Simon Carr is credited with having driven substantial development in the commercial division of Alphabet, strengthening the company’s standing within the market.

Following the departure of Carr at year-end, until FCA approval is received, Nick Brownrigg will assume responsibility for Commercial operations with support from Joanne Ewen, general manager of new business and direct sales.

Preston Rogers will assume the role of director of Alphera in the UK from Halil, again subject to FCA approval. Rogers brings with him a wealth of experience in current and new digital business channels from his current position at BMW Financial Services.