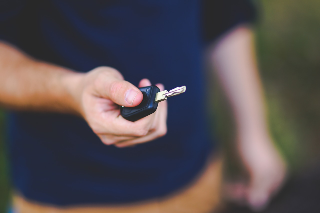 Said to be a first within the industry, the new service has been launched following a successful trial and provides the driver with a video guide for their new vehicle from the supplying dealer, approximately two weeks before the vehicle is delivered.

Tony Long, network development manager for Alphabet, said: “The videos are created by the dealers themselves so drivers get an experience as close to that of a going into a retailer, without the inconvenience of having to visit a dealership. Customers receive an email with a link to a Virtual Handover film created by the supplying dealer. From Alfa Romeos to Volkswagens, Alphabet customers and drivers can access a virtual, video handover of their new vehicle on demand whenever they want it.

“We worked closely with our network over the past 12 months to create a library of over 200 Virtual Handover films, providing guidance and feedback to Dealers on the content that customers really value and want to see. The customer feedback from fleet managers and drivers has been extremely positive so it’s been a well-received development for the industry.”

Virtual Handover is available for all makes and models of vehicle delivered via Alphabet’s Preferred Dealer Network of 26 Dealer Groups and over 80 retailers nationwide, with further films being created as new models are launched.

The service is currently only available for passenger cars but the firm said that a similar service is in development for commercial vehicle customers and drivers.

Matt Sutherland, chief operating officer, added: “Increasingly modern consumers turn to videos such as via YouTube when they need guidance on anything today – whether that’s to cook a recipe, change a fuse or replace a tyre. So it seemed a natural progression for us to provide a video handover which builds drivers’ excitement and anticipation about their new car being delivered, as well as being a handy reference guide to ensure their vehicle stays in tip-top condition in future. While there’s a significant driver benefit in this, Fleet Manager’s are supportive too as it helps to ensure that they are meeting their Duty of Care obligations in the handover of new vehicles to their employees.”

Previous: Popularity of PHEVs while new ‘unlikely to be matched by used car buyers’, says Glass’s
Next: Fleets should install alcolocks on all vehicles, finds PACTS report