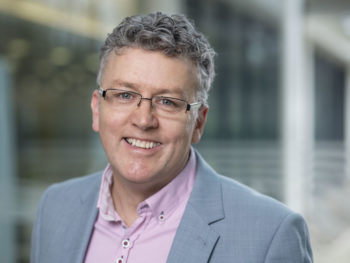 Alphabet Partner was established in 2014 to provide SMEs and sole traders with access to Alphabet’s full suite of funding, fleet management and mobility solutions via a select, exclusive group of broker partnerships; it exceeded 20,000 vehicle contracts in some two years.

The next phase of growth will be led by Chadwick, who joined Alphabet Partner in 2014 and has served the business in a number of roles including national development manager, responsible for development of the Partner proposition into light commercial vehicles, evolution of the ‘icon’ digital platform and network performance management.

Commenting on his new role, Chadwick said: “It feels great to be able to lead the Alphabet Partner division into the next phase of our success. Having been part of it since the launch back in 2014, I’ve seen Alphabet Partner grow from being an idea on a piece of paper to becoming an established business channel which, if it were a standalone operation, would sit just outside the top ten of the FN50 league table. It’s been an incredible journey which has been the result of a real team effort between both the team at Alphabet and the select group of Brokers around the country who share our ethos and values.”

Gavin Davies, General Manager, Indirect Sales at Alphabet commented further: “I’m delighted to be able to appoint Richard to the role of Head of Alphabet Partner and it’s one that he’s richly deserved. I’m sure that no one who has had dealings with Richard over the past five years with Alphabet Partner will be surprised at the appointment, but we took our time and did the due diligence to search the market in the UK and further afield to find the best candidate for this important position. After undertaking our search we were convinced more than ever that Richard had absolutely the right skills, experience and mind-set to take Alphabet Partner forward into its next chapter.

The success of Alphabet Partner has been built on a foundation of trust, a collaborative approach and a spirit of true partnership. We have a symbiotic relationship with our Broker partners and a young, dynamic team in Farnborough, so it was vital that we found someone with the charisma, leadership and personal qualities to enhance and deepen these business relationships. I’m certain that Richard’s appointment will excite and inspire both our Partner network and the Alphabet Partner team to achieve new heights of success in the future.”