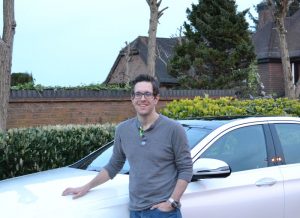 With immediate effect, Alex Grant is the new editor of Fleet World, replacing Steve Moody who has moved into the role of publisher at Fleet World Group.

Alex joined as motoring editor in 2011 and has been deputy editor for the past three years, having worked for various trade and consumer motoring titles before that.

He said: “I’m really pleased to be the new editor of Fleet World. It’s a title that has great credibility and respect in the market, and I look forward to developing the magazine further still and improving our already high standing in the fleet sector.”

Steve, who has been editor of Fleet World for seven years, takes up the management of the entire Fleet World Group operation – editorial, production, events, contract publishing, digital and sales – reporting into Jerry Ramsdale, who remains publisher of Stag Publications, the owner of FWG.

“FWG has grown incredibly during the time I’ve been here and I firmly believe there’s huge potential to grow further,” Steve said. “We’ve always had a reputation for delivering on what we promise, of working with the fleet industry for the benefit of everyone involved, and that’s a philosophy I’m proud to be associated with. So with that culture in place, and a team that has been extremely stable for the past few years, and a superbly capable new editor in Alex, I believe we can go on to even greater things.”