ALD announces board and management changes

ALD has announced proposed changes to its Board of Directors and within its general management and executive committee. 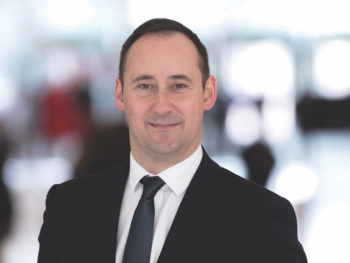 The ALD Board of Directors has appointed John Saffrett as deputy chief executive officer of ALD, effective 1 April 2019

At a meeting last week, the Board has decided to propose to renew, for an additional four years, the director mandates of Mike Masterson, Patricia Lacoste and Karine Destre-Bohn

The Board will also propose to appoint Philippe Heim, deputy CEO of Societe Generale, as Board member, for four years, replacing Gianluca Soma, whose mandate is due to expire. The Board also intends to elect Heim as its chairman at the Board meeting to be held following the Shareholder Meeting, replacing Didier Hauguel, who will remain as director.

Didier Hauguel, chairman of ALD, commented: “ALD continues to grow following its successful IPO, with the full support of Societe Generale Group. I welcome the upcoming appointment of Philippe Heim to continue to oversee the development of our company.”

ALD has also announced appointments within its general management.

As proposed by CEO Mike Masterson, the Board of Directors has appointed John Saffrett as deputy chief executive officer of ALD, effective 1 April 2019.

Meanwhile Gilles Bellemère, in addition to his role as deputy CEO of ALD, will be appointed chief executive officer of ALD Automotive France effective 1 June 2019, replacing Jean-François Chanal, who will be retiring.

Finally, Mike Masterson is expanding ALD’s Executive Committee, composed of the General Management and Gilles Momper chief financial officer, to include two new members, whose appointment will be effective 1 June 2019.

Hans van Beeck will join the Executive Committee in the newly created role of chief administrative officer and be responsible for supervising ALD’s corporate functions, including risk, compliance, legal, corporate social responsibility and communications. this will run alongside his current role as head of investor relations.

Guillaume de Léobardy will join the Executive Committee as group regional director and will be responsible for supervising ALD’s regional hubs.

Mike Masterson, CEO of ALD, said: “I am convinced that, with these managerial appointments and the expertise the new members bring to the Executive Committee, we are well positioned to continue ALD’s development and enhance our position as a global leader in the provision of mobility solutions. I would like to thank Jean-François Chanal for his long-standing commitment to the Group and his outstanding contribution to ALD Automotive in France.”