Agility Group has secured a multi-million pound management buy-out, enabling it to push ahead with future plans for its fleet leasing and management division. 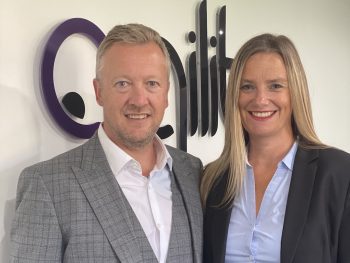 The MBO completed on Wednesday 19 August and was led by managing director Keith Townsend, who founded the group in 2004, and his long-term partner and operations director Jacki Stevenson.

The group operates in two specialist divisions, covering Agility Fleet – which specialises in funding and fleet management – and the Agility Risk & Compliance business that includes health and safety consultancy.

It has annual revenues in excess of £11m and employs 33 staff from its head office in Bromsgrove, Worcestershire.

The MBO will see Townsend take over as group chairman and CEO while Stevenson will become group chief operating officer.

Townsend said it was very much business as usual following the MBO, which would enable it to build on existing plans.

He commented: “I am delighted to have been able to lead this MBO and take full control of the business I have been running with Jacki for the past 16 years. Jacki was the very first employee of Agility and has worked in several different departments during her time at Agility, helping the business to win multiple awards including the BVRLA’s Unsung Hero Award. Jacki is very much respected in the world of contract hire and leasing and following the MBO she will take up a new position of group chief operating officer.

“As far as our customers, staff and suppliers are concerned, it’s business as usual with our focus remaining on providing exceptionally high levels of customer service unpinned by our core values of Integrity, Enthusiasm and Flexibility. The MBO will allow Agility Fleet to consolidate its position as a top 10 independent leasing company and for Agility Risk and Compliance to continue to expand its range of Health & Safety, Food Safety, Fire Safety and HR training and consultancy services.”