Adding lightness to vehicles could reduce emissions by 40%

A new report has concluded that 40% of emissions could be cut by reducing vehicle mass. 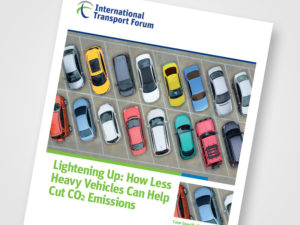 The report, issued by International Transport Forum (ITF) researchers and funded by the Fédération Internationale de l’Automobile (FIA), found that average vehicle mass has increased by 40% compared to 1990 levels.

Simply by reducing the average mass from c.1,400kg to c.1,000kg for passenger cars and from c.1,800kg to c.1,100kg for light commercial vehicles, emissions could be reduced by up to 40% – nearly twice the reduction of CO2 forecast without reducing vehicular mass.

The study also concluded that the advantages to a lighter car go far beyond that of emissions alone, offering drivers improved fuel economy and better handling.

However, in order for the European Union’s target of a 60% reduction in transport CO2 emissions by 2050, further changes will still be required as well as a reduction in weight. For example, reducing weight to the average in the mid-1970’s would approximately halve the gap.

The report’s main recommendations include: