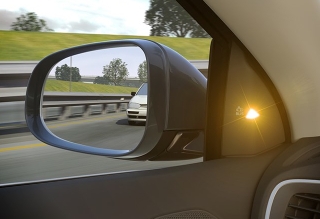 That’s the prediction of Glass’s, with chief car editor Steve Jackson saying that such active safety systems are growing more significant in the eyes of many used car buyers.

He explained: "There is a list of features that used executive car buyers expect, whether they were original standard equipment or optional extras – leather, satnav, Bluetooth, multifunction steering wheels and so on.

"We believe that the active safety systems that have started to be fitted to cars over the last few years are set to join this list. Initially very expensive, they are starting to fall in price and, at the same time, consumer awareness is growing.

"Crucially, there is a 'buzz' around them. It is now quite common to hear friend-of-a-friend stories about how someone would've had a serious accident if they hadn't had one of these systems fitted to their car. People are starting to move through a process of expecting them to be fitted."

Jackson added that the fleet market, with its emphasis on duty of care, is playing a large part in helping to popularise these systems.

"If you have a group of drivers who cover a lot of motorway miles, then it makes sense to tick the box to order a lane departure system from a risk management point of view. For some employers, this is becoming standard practice and, in due course, these cars are making their way onto the used market."

For Glass's, he added, the main question was which of the different safety systems that are now available on new cars would become a requirement for used buyers.

"There are many different types of these systems from different manufacturers with differing degrees of sophistication. However, if I were to place a bet, it is that buyers will first start to view blind spot monitors as essential. Almost everyone knows the sickly feeling of almost pulling across a lane into another vehicle and these systems can almost entirely remove the chances of that happening."