The Government should make bigger efforts in the areas of drink-drive campaigning and rehabilitation, better enforcement of driving standards and increased education on road safety to counter the stagnation in road death figures. 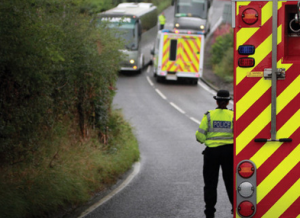 IAM RoadSmsart says the Government needs to show stronger leadership to really drive down road deaths and serious injuries in the future.

The figures show for the year ending March 2016 show there were 1,780 reported road fatalities, unchanged from 1,779 in the previous year while motor vehicle traffic increased by 1.8% over the same period.

In response IAM RoadSmart said that after decades of good progress, the past five years have seen a disappointing plateau which is not acceptable.

Tim Shallcross, head of technical policy at IAM RoadSmart, said: “The Government must get to grips with five years of disappointing figures now. It needs to show stronger leadership to really drive down road deaths and serious injuries in the future.

“Road deaths are a serious issue; 35 people a week die in crashes throughout the country. In any other sphere, that would provoke national outrage, rule the headlines for months and provoke urgent government action. It happens week in week out on our roads and it merits barely a mention.

“More action on drink driving, more on-road enforcement of driving standards and more publicity and education are urgently needed if we are to return to the gains made before 2010.

“IAM RoadSmart urges the Government to take back the initiative and put forward credible plans to address this vital issue.”