Act in haste repent at leisure

Jayne Pett, sales and marketing director at Fleet Operations, considers whether diesels remain the vehicle of choice for business fleets? 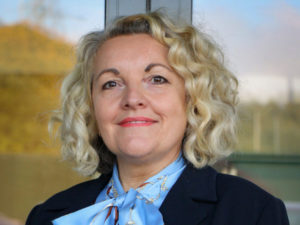 Diesel has long been the fuel of choice for fleet operators – but in recent times, health concerns have seen it draw considerable fire.

Underpinned by a government commitment to reducing road transport emissions, the demonization of diesel shows few signs of abating.

The anti-diesel lobby has stressed the harmful effects of NOx emissions and particulates and, in response, the diesel car supplement was increased from three to four per cent in the Chancellor’s last budget.

Fleet specifiers are being offered an increasing array of electric and hybrid vehicles and, looking into its crystal ball, the British Vehicle Rental and Leasing Association (BVRLA) has predicted that this year we’ll see diesel knocked-off the top spot for new fleet registrations.

So are times changing? Questions are certainly being asked about fleet fuel strategies as company car choice lists are reviewed. A knee-jerk, overnight transition from diesel however could well prove costly, and ill-judged.

It should be remembered that the rise in the diesel supplement will apply only to diesel cars that do not meet the RDE2 standard. Next-generation clean diesels, which offer significant benefits in terms of reduced emissions, will be exempt. They will also be exempt from the London Ultra-Low Emission Zone that comes into force next year.

When taking account of real world data, feedback from fleet operators suggests that plug-in hybrid electric vehicles (PHEVs) can prove costlier on fuel for fleets that cover high mileage, outside the ‘electric only’ range. Even where shorter journeys are being made, if these vehicles are to prove cost-effective, clear PHEV policies must be in place to ensure that batteries are being recharged on a daily basis.

Industry data suggests that for those turning their back on diesel, petrol is currently the preferred option.

From an environmental perspective, however, diesel engines emit 20 per cent less CO2, on average, than their petrol counterparts. Furthermore, diesel engines continue to offer greater fuel efficiency than similar capacity petrol engines – in some cases by as much as 30 per cent.

So fleet operators should calculate the total cost of ownership carefully. They should also factor in other practical considerations.

While battery ranges are improving rapidly, their current limitations continue to pose a significant challenge for drivers of both PHEVs and electric vehicles (EVs). In the case of EVs a restricted charging station infrastructure can, at best, prove an inconvenience and at worst, risk significant business interruption and continual range anxiety among drivers.

With plans to ban the sale of new diesel cars, along with petrol counterparts, by 2040, in the long term, their days are clearly numbered. In the short to medium term, however, diesel can still offer a strong, cost-effective, fleet option.

Fleet decision-makers should take time to weight up their options – but, for many, retaining the black stuff on company car choice lists may prove the most prudent approach.