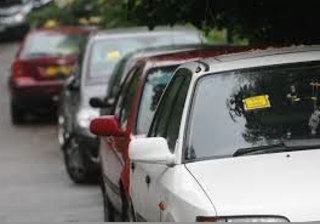 The organisation is also reminding fleet decision-makers, company car and van drivers and employees who drive their own cars on business, that there has been no change in the maximum time periods for which vehicles are allowed to be parked.

Its comments follow last week's announcement of a government crackdown on parking enforcement in England that will see drivers given a 10-minute leeway when their tickets run out in council car parks.

The move is one of a raft of measures announced yesterday and due to come into effect in the next month to help local shops.

ACFO chairman John Pryor said: “We welcome the Government’s approach. However, we believe that there should be consistency across all car parks so would hope that the British Parking Association would encourage its members to take a similar more lenient view where drivers overstay the maximum period by just a few minutes.”

However, he added: “The 10-minute grace period should not be viewed by drivers as an automatic extension of the period of time they have paid to park. Drivers should still aim to return to their vehicles within the maximum time allowed, but in the knowledge that in the event of a small delay they may escape a hefty fine.”

The changes follow last year’s ACFO parking and motoring fines ‘master class’ with Pryor saying: “The issues around both Fixed Penalty Notices and Penalty Charge Notices are confusing. It is proving to be a legal, financial and HR minefield for the unwary.”

He continued: “Many car parks are monitored by number plate recognition cameras with any resulting fines timed to the second. That’s why drivers must continue to be watchful and ensure they return to their vehicles within the maximum parking time allowed.

“Drivers’ personal watches and clocks on buildings may not be as accurate as those used by parking operators, which is why the grace period should not be viewed as a minimum allowance.”