ACFO has formally joined the Fleet and Mobility Management Federation Europe (FMFE)  in a move to share best fleet management practice across Europe and worldwide. 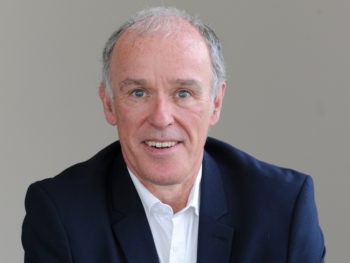 This will be followed up by the development of an information platform as well as benchmarks and joint international studies and the compilation of Europe-wide best practice standards for fleet management and mobility management. FMFE will also give its opinions on political, economic, legal and fiscal issues at a European, level.

Rather than having a president, the FMFE will have a spokesperson who will be elected from among the members. The first to be elected is Axel Schaefer, managing director of the German Federal Fleet Management Association. The office will be taken over by one of the other member associations from October 2020 in an annual rotation.

The FMFE board – a representative from each national association – plans to meet twice a year with further discussions taking place via conference calls.

ACFO’s decision to join FMFE, which follows a ‘fact-finding mission’ carried out late last year on potentially joining the group, will further spread ACFO’s expertise and knowledge and comes in the wake of it already being a founding member of the Global Fleet Consortium Network alongside the United States of America-based Automotive Fleet and Leasing Association, the Australasian Fleet Management Association, the Asociación Méxicana de Arrendadoras de Vehículos, which translates to the Mexican Vehicle Leasing Association, and the China Road Transport Association.

ACFO chairman John Pryor said: “UK-based fleet decision-makers with international vehicle responsibilities and fleet chiefs in other countries with some vehicles operating in the UK may need ‘local knowledge’ so it is important that ACFO can provide help and advice and also has partnerships with other representative fleet organisations that may be able to assist and provide information.

“Many of the issues confronting fleet decision-makers in the UK will be the same as those being tackled in many other countries, so it makes logical sense to pool our collective knowledge, experiences and advice and communicate best fleet management practice across Europe and worldwide.”

He added: “The world of fleet continues to rapidly evolve and mobility management is a fast-emerging strategic part of the role of a fleet manager, who is increasingly becoming a fleet and travel manager both in the UK and internationally.”

ACFO will also elect a representative to serve on the FMFE board following its 2019 AGM on 12 June.