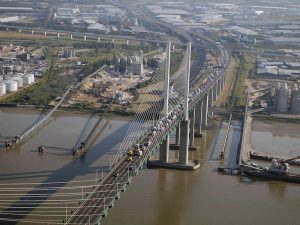 Since the scheme’s launch in late 2014, fleet managers have complained of a huge increase in administration. Specific issues include an inability to access online accounts, vehicles charged in error and complexity surrounding account administration, which has all contributed to fines for non-payment being issued collectively running into thousands of pounds.

ACFO director Debbie Floyde met official from Highways England, which oversees Dart Charge on behalf of the government and outsourced its operation to Sanef.

Floyde said: “Highways England made it very clear that it was prepared to engage in conversation with ACFO and was happy to have direct contact with members if they were finding it difficult to resolve issues with the operator.”

A Highways England representative spoke at ACFO’s 2015 autumn seminar and Floyde said: “The organisation has been made very aware of our continuing concerns.”

Meanwhile, ACFO continues to call for a single centralised database to hold vehicle data for all road charging schemes, including the Dartford Crossing as well as existing London Congestion Charge, Severn River Crossing and M6 Toll and any future schemes.

ACFO chairman Pryor said: “We would like to see one centralised database that fleet managers need to keep up to date with vehicle data and in credit with an account debited by the operator of each charging scheme. Fleets would need to have a solution in place to recharge drivers for private use.”

Previous: 43% of drivers have left car keys with a stranger
Next: Taxing diesel drivers ‘unfair and pointless’, says FairFuelUK