Arval has published the results of its latest Mobility Observatory, showing that the switch to electric vehicles and alternative forms of mobility is still foremost in fleet minds, although diesel and petrol vehicles remain important for now. 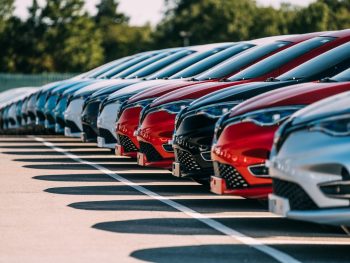 34% of companies have already implemented one or more of the main alternative fuel types, covering hybrids, plug-in hybrids and battery electric vehicles

Now in its 16th year, the annual barometer was carried out for 2020 between January and mid-March and interviewed 5,600 fleet managers across 20 countries.

The research shows the diversification to electrified vehicles remains a key trend. Across all countries and companies surveyed, 61% of companies have already implemented alternative technologies in their energy mix or are looking to do so within the next three years.

More than a third (34%) of companies have already implemented one or more of the main alternative fuel types, covering hybrid vehicles (HEV), plug-in hybrids (PHEV) and battery electric vehicles (BEV).

Brazil (49%) leads the deployment of alternative technologies followed by Norway (48%) and the Netherlands (47%).

For those companies not yet considering implementing these alternatives, the main barriers against PHEV and BEV are the purchase price and the lack of public charging points.

But diesel is anticipated to still represent almost half of the fleet mix in three years’ time, while petrol will account for 29%.

A second key trend is the increasing implementation of alternative mobility solutions; six out of 10 companies have already started to do this for employees. Brazil, Turkey, Switzerland, Austria and Belgium are leading the way with at least seven out of 10 companies having already implemented solutions.
At the opposite end of the spectrum are the Nordic countries (Denmark, Finland, Sweden, Norway) and countries such as Poland, Germany and Spain where less than 60% of the companies have already implemented at least one solution.

Finally, the research looked at telematics usage and found over a third (37%) of companies have implemented telematics within their fleet, with no significant difference between passenger cars and LCVs; but the penetration of these connected services increases with the size of the company (23% for the smallest companies and 54% among the largest companies).

The main reason for using a telematics-based solution is to locate the vehicle (43%). Then the next two most important reasons are improving operational efficiency (35%), closely followed by avoiding non permitted usage of the vehicles (32%). The top 3 barriers are concerns around the return on investment (46%), the usefulness of the data (41%) and thirdly that there is not enough resource available to manage the data effectively (36%).

Yaël Bennathan, who heads up the Arval Mobility Observatory at an international level, said: “This major global study conducted in the first quarter of 2020 confirms the acceleration observed over the past two years towards more diversified mobility solutions and greener fleets. The percentage of companies already using electric motor vehicles is still low but is set to increase sharply over the next three years, to a large extent helped by the post-Covid19 measures recently announced by various governments at national and international levels.”

This year’s survey was carried out in 20 countries, including most of the European markets (Austria, Deutschland, Belgium, Spain, France, Italy, Luxemburg, the Netherlands, Poland, Portugal, UK, Czech Republic, Switzerland, Finland, Denmark, Norway, Sweden) plus the important fleet markets of Russia, Turkey and Brazil. The companies in scope operated at least one vehicle. A third (33%) of respondents are in companies with less than 10 employees while 20% work for companies with 10 to 99 employees. A total of 27% are employed at companies with 100 to 249/499/999 employees (dependant on market) and 20% of companies with 250/500/1000 employees or more.