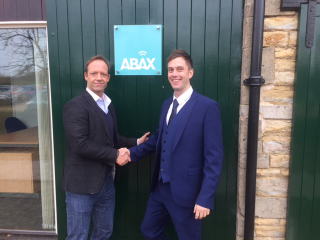 The firm, which develops and supplies fleet solutions including fleet management platforms and mileage logs, has been represented in the UK through the franchise operation since 2012 and now employs 20 people from its Peterborough head office.

Chris Miller said: “I very much look forward to taking on the role of chief executive of ABAX in the UK. We have developed a superb team here in the UK under Frank’s guidance leadership and I now relish the challenge of taking the company on to the next stage.”

He added that the company has extensive growth plans for 2016, with new offices and further employee recruitment a major focus.

“ABAX has grown year-on-year within the UK and the plan remains the same for 2016,” he said.

“As ABAX wants to further expand into the European market, the UK operation is seen as a key gateway out of Scandinavia. As such, there is to be significant investment within the UK arm of ABAX. We will be expanding our operation in order to cover all of the UK.

“Part of the growth strategy has focused on our recruitment process and January 2016 will see some of the highest calibre employees starting their careers at ABAX. The future looks very bright.”

Offices are planned for London, Manchester and Birmingham, with Peterborough remaining the HQ. Meanwhile company revenue is forecast to rise to NOK 350 million (£26.7m)

Frank Ystenes added: “It was my decision to start up the ABAX franchise in the UK following the company’s success in Norway and Scandinavia.

“Entering any new market brings with it certain obstacles and challenges but I have been really pleased with how ABAX has developed on UK shores and how the market is reacting to us and our products.

“Peterborough has very much been at the core of our UK operation, particularly since we partnered with Peterborough United FC and the ABAX Stadium one year ago.

“I am sure this will continue to be the case and I look forward to supporting the business in my consultancy role wishing Chris and the team all the very best for the future.”