A-roads to be turned into 'expressways' under Highways England plans 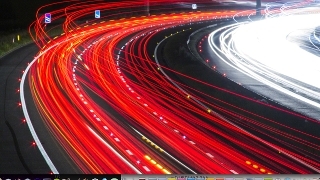 Set to be announced by the Government this week, the change would see 18 major A-roads turned into mini motorways by removing restrictions such as roundabouts and traffic lights, according to The Times.

The project would be carried out by the newly formed government-owned Highways England, which takes over from the Highways Agency from 1 April, and would be rolled out first on the A303 and A30 from the junction with the M3 to Exeter along with the A1 north of Newcastle, the A14 from Huntingdon to Cambridge, the A556 between the M56 and M6 and the A46 between the A1 and M1.

The project would see roadside wi-fi used to send traffic information to vehicles.

In addition, more ‘smart motorways’ would be rolled out.

HA has presented the Road Investment Strategy to Parliament as part of an £11bn roads revolution to be announced this week.

A Highways Agency spokesman said: “Innovation will be a major driving force behind everything Highways England does over the next five years. We will work closely with the Department for Transport, specialists and the private sector on technology and strategic growth that will make best use of our roads. These changes will improve journeys for our customers, boost safety and drive economic growth.”

The Freight Transport Association greeted the news, with head of road policy Malcolm Bingham saying: “FTA supports the concept of developing and improving England’s strategic road network. The concept of developing ‘expressways’ on A roads is good news, and has to be a step forward to improve the reliability and safety on these vial strategic corridors. We have seen significant improvement on the A1 between Peterborough and Doncaster by creating a free flowing a road around some previously notorious junctions.  Routes such at the one to the south west of England should also benefit from this type of road upgrade.”